A Decade Of Inquiries, And A Minister Who Protects Puppy Farmers

FEBRUARY 2022 UPDATE: Adam Marshall is no longer the Minister for Agriculture, but we're leaving this blog on the website to show the incompetence and inaction from the NSW Government when it comes to puppy farms. You can take action to end puppy farms in the state here.

This week,  Adam Marshall (Minister for Agriculture) announced yet another distraction tactic in an attempt to once again force the public and animal welfare organizations to spend considerable time writing submissions.

This government has history.

"RECOMMENDATION 1: A breeder licensing system should be established and the Companion Animals Register should be updated to capture breeder licence information for each animal record”

Nearly a decade later, the same government is still suggesting what was recommended to them nine years ago.

Only this time, Adam Marshall, a proven friend of the industry, wants you, the public, to pick and choose which ‘breeders’ should be licensed and which ones should be exempt.

In other words, he wants to rehash old ground but make it even weaker than what it is now, thus protecting the commercial viability of puppy factories in New South Wales.

Adam Marshall always throws up distractions when he is under pressure to act, and over the last decade his government has achieved nothing on this issue. Meanwhile other states have introduced real, meaningful change to fight puppy farming. These changes have worsened the situation in New South Wales, yet their plan appears to be business as usual for puppy farmers.

As a government they have absolutely no interest in protecting the dogs in puppy factories. Worse still, they see it as an industry worth protecting. They have had 10 years of reports and recommendations to do something, however they chose not to do anything except set up more inquiries and reviews to give the appearance they are doing something.

A decade of inquiries and reviews has delivered nothing, another round of it will continue that tradition of failure.

It’s not even the first time a breeder licence has been recommended to this same government. In 2015, three years after the first review, the government recommended another review and made a lot of noise by announcing a Parliamentary Inquiry - chaired by none other than Adam Marshall.

For 10 years, the New South Wales Liberal-National Government has wasted taxpayers money on this endless cycle of reviews and inquiries, which all recommend the same key points - but are all ultimately ignored.

One of the puppy farms that prompted the second government review in 2015  was the same puppy farm that forced the government into this latest review!

Members of the public who take the time to email, write and prepare submissions on this issue are not only being ignored - they are being mocked by Adam Marshall.

So this time, we’re doing it differently. We have lost complete faith in the New South Wales Liberal-National Government and Adam Marshall to act.

Next year, Animal Justice Party MP Emma Hurst will be having her own inquiry into puppy farming - prompted by the tabling of her Private Members Bill to end puppy factories. It will be chaired by a Labor MP, and Emma will be Deputy Chair.

We won’t be wasting our time on Adam Marshall’s inquiry. We will be putting all we can into the other inquiry, our only real opportunity to bring about change, and we thank Emma for her important work holding this useless government to account.

We know that the majority of submissions to Adam Marshall’s inquiry from animal welfare organisations and the concerned public will be ignored, like they have over the last 10 years.

This is an exercise in utter futility and acts only as a PR exercise for Adam Marshall, something he can point to when he is asked about what he is doing about puppy factories.

Over a decade ago I rescued Oscar.

Now during his final days, he sleeps curled up on my knee as I write this.

We have achieved a lot during the last decade. Other states have or are moving towards positive legislative reform and even the smallest changes still have the ability to improve conditions and move the issue forward

But not New South Wales.

I was writing submissions a decade ago when I first rescued Oscar, and 10 years later it's incredibly infuriating that they continue the same tactics to create a perception of action.

The only thing that will bring legislative reform in New South Wales, is a change of government.

Their decade of failure has proven that. Think about how many dogs have suffered and died in New South Wales puppy factories over the last 10 years under the New South Wales Liberal-National Government.

Think of Strawberry the boxer and her unbearable and prolonged suffering. 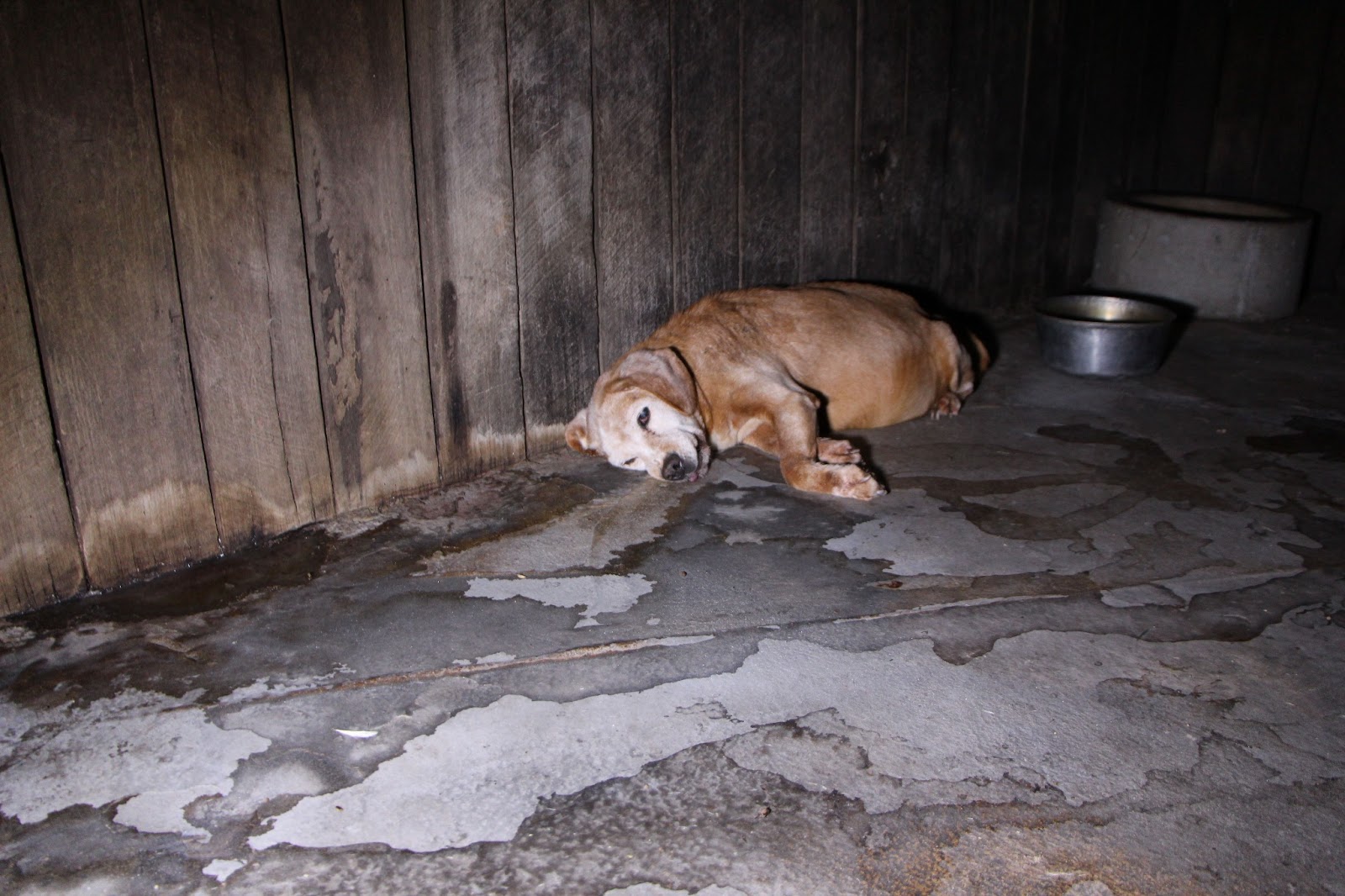 Both of these dogs' neglect, suffering and deaths were completely avoidable in that these puppy farms were known to authorities, and were known to Adam Marshall and his government.

A decade of an uncaring government intent on protecting the industry meant that the suffering and death of these dogs occurred knowingly on their watch - and no one in authority could prevent it.

Remember that at the next New South Wales state election. Your vote matters.

Because no one wants to be writing submissions for another decade.